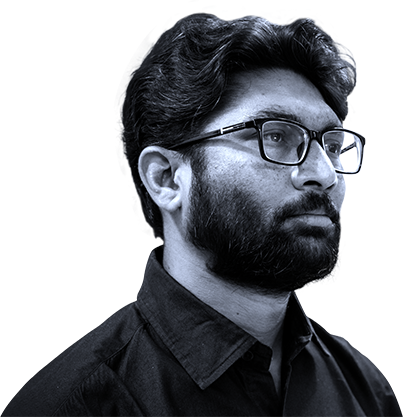 It’s about time that Dalits pledge to leave their traditional jobs as carcass skin of dead animals, cleaning gutters, collecting garbage and collecting human excreta, and instead demand for equal opportunities, to educate and empower themselves enough to take on the world like any other citizen of India.
Jignesh Mevani

For as long as caste exists in the society, annihilation of caste and putting an end to atrocities on people is the prime focus of Rashtriya Dalit Adhikar Manch. As a diverse and populous country, the citizens of India deserve a caste-free and egalitarian society.

The primary work of RDAM is to fight for the people of this country who have in any form been victims of caste and class-biased atrocity, gender discrimination or have suffered for their right to practicing their own religion. We promise to stand by and support every citizen of this country who is in need, without any class, caste, religion or gender bias. Let us all rise and stand for the right of every human being to live the most deserving life.

Ever since the horrific videos of Una flogging surfaced, some of us got together to relentlessly work against the forces that commit heinous crimes as Una flogging and the government that shamelessly does nothing to stop atrocities on Dalits and the minorities. The Una flogging brought to the fore the largely invisible yet deeply entrenched casteist character of a section of the society that the government has turned a blind eye to. This led to people of the same ideology to form an organization which is committed to the cause of preventing as many atrocities and be helpful to the victims of atrocities in its best capacity.

For centuries, the Dalits have been an out-casted group within the society, exploited both economically and socially. While Dalit movements have been visible and have given a voice to the community, in the South up till Maharashtra; these voices have mainly remained regional.

While untouchability is a reality even today in both the rural and urban areas, the violence against the Dalit community goes unreported most of the times, not just in media but also in matters concerning the police.

In Gujarat, Dalits form 7% of the total population of the state, and while they are divided socially into sub-castes across both the urban and rural population, there has been no social movement up until 2016 that gave a voice to the Dalit angst.

For as long as caste exists in the society, annihilation of caste and putting an end to atrocities on people is the prime focus of Rashtriya Dalit Adhikar Manch. As a diverse and populous country, the citizens of India deserve a caste-free and egalitarian society.

It was the video of four Dalit youth being beaten up by the police that went viral and created a furor of anger. On July 11, 2017, four Dalit youth were stripped, tied to a car and beaten for hours in public, in front of the Una police chowki for allegedly skinning a cow.

The anger within the Dalit community had been rising given that separate incidents were happening in different parts of the state. Just to name a few…. in Rajula, a Dalit Man and his non-Dalit wife were killed, while in another village, a Dalit boy was burnt alive - it was the Una incident that brought Dalits to protest publicly for the first time in history, in India.

The Dalit Asmita Yatra from Ahmedabad to Una was a spontaneous response, with a publicly stated non-violent approach without any political affiliation. Ordinary people supported it in large numbers with meetings held in villages enroute where local participation was overwhelming. Undertaken on a shoestring budget, the Una Dalit Atyachar Samiti took the shape of the Rashtriya Dalit Adhikar Manch (RDAM) after the yatra was over.

Dalit leaders from Punjab and Bihar to Andhra Pradesh and Telangana - RDAM brought several groups together. The speeches were given during the yatra were sober without any rabble-rousing. The peaceful, non-violent yatra was all the more remarkable, given the background of inhuman and humiliating incidents.

What stood out from the meetings and discussions with the local people during the yatra was the steady voice of all – women, youth and elders. They wanted justice, not revenge. The younger men were keen to get jobs as there are many who were educated up to high school. The older men wanted land which not only provides agricultural income but as an asset that confers social status.

Having worked with communities across different districts of Gujarat by organizing Sabhas at different locations, RDAM believes that change requires a multi-pronged approach that includes material, social and psychological initiatives.

Jignesh Mevani remains at the forefront of this effort to galvanize Dalits together in Gujarat. A year after the Una incident, Mevani organized the Azaadi Koonch (A March for Freedom) from Mehsana to Dhanera in Banaskantha district. The march ended with four Dalits in Lavara village getting a possession of 12 acres of land that was theirs on-paper but until then was being controlled by a local dominant-caste family.

Up until the UNA Yatra, Jignesh Mevani and his colleagues were channelizing all their energy through court battles on behalf of Dalits. Una marked an inflection point. Expanding beyond atrocities, now RDAM is bringing material issues, such as land ownership onto their list of demands. If ownership of land is a major signifier of caste status, the most direct route to equality of Dalits is through demanding land that is rightfully theirs. The demand is to obtain 5 acres of land for every landless Dalit. RDAM, led by Jignesh Mevani is also actively working on cases of Dalits who have been allotted land on-paper but have not been given the physical possession of the land so far.

By 2017, the efforts of Jignesh Mevani and RDAM started to bear fruit. While Jignesh Mevani went onto fight the Vidhan Sabha elections and became MLA of the Vadgam constituency in December 2017, the RDAM team continued its Land Rights Movement. It has been successful in pressurizing the Government of Gujarat to start the land mapping process for handing over 220 bighas of land to 115 Dalit families in Ahmedabad district’s Sarodha village. The next step is to undertake land ownership campaigns in other parts of Gujarat and to work tirelessly towards uniting various Dalit sub-castes into a potent political force, and build a common platform for marginalized groups. Moreover, similar efforts have been initiated for Rapar and Surendranagar.

The efforts by RDAM to file and fight cases against atrocities require the single-minded dedication of a special team to undertake this task. The land rights movement requires support to address the issue at multiple levels. At one level, a team is required to systematically search for specific cases where land has been allotted on-paper but has not yet been transferred to the rightful owner, and at the next level, to raise awareness of such a provision so that other Dalit groups can organize themselves and carry out the process at a village or tehsil level. The third level is to pressurize the Government to allot more land to more Dalit families and ensure that the land is in the name of Dalit women.

The larger issue of bringing Dalit sub-castes together as one unit especially to influence political outcomes during elections requires regular and pertinent discussion at local levels and sabhas in the villages. This requires the team to expand their reach and to have local members of this effort being the nodal officers for the land rights movement.

The RDAM team is active in Botad, Mehsana, Kutch, Amreli and Bhavnagar, Jamnagar Rajula and Sikka. Currently, the RDAM is being driven by passion, zeal and the desire to be a change-agent. The vision is to raise the confidence levels of the Dalit community so that they know their rights and can demand their space in a caste-ridden landscape.